Tim Reis and Ana Paula Palacois will be walking on custard at the Astonishing Science Weekend in Butlins (Bognor) from 15th-17th April.

You can get some idea of what will happen at the Astonishing Science Weekend, from the video below.

Last year Tim and Ana Paula did a similar demonstration at Butlins Minehead, which had about 4000 visitors. They were helped out by final year students: Lauren Archer and Sophie Bennett. 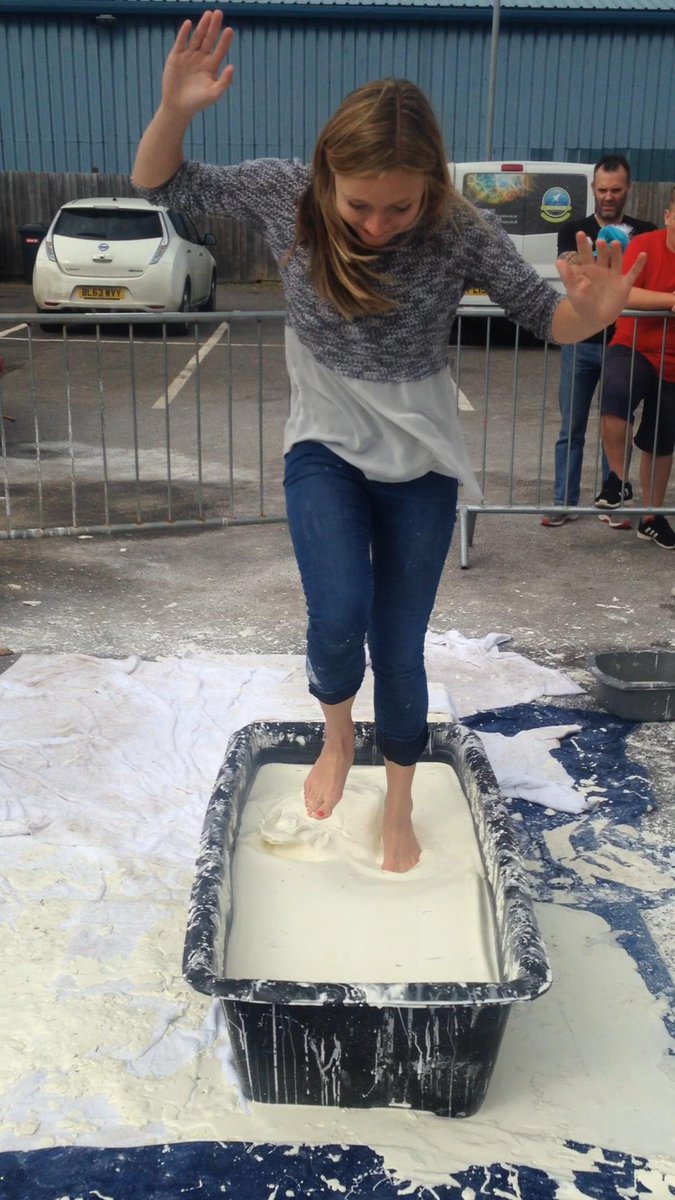 The video below shows a dynamic demonstration of walking on custard.

Dr Tim Reis has been invited to present a talk in the “Mathematics of Complex Fluids” mini-symposium at the British Applied Mathematics Colloquium  in Oxford, 5th-8th April 2016.

We were recently sent an online magazine about mathematics called Chalkdust.   The magazine seems largely written by students at UCL. Some of the articles we liked were:

There are also competitions and puzzles.

Mathematics is required for many industrial applications. A recent report estimates that Mathematical Sciences is worth £208bn to the economy  and 10% of jobs. So it is important for Mathematicians to engage with industry.

Last week, Tim Reis was a mentor at a graduate mathematical modelling camp,  hosted at the Mathematical Institute, Oxford. It was was a week long event for postgrads designed to encouraging their modelling skills, with a particular emphasis on solving problems from industry. The camp was organized by EPSRC-sponsored CTD in Industrial-Focussed Mathematical Modelling   and the IMA

Tim’s group won the prize awarded by  the IMA. 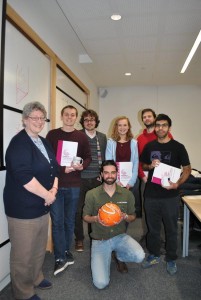 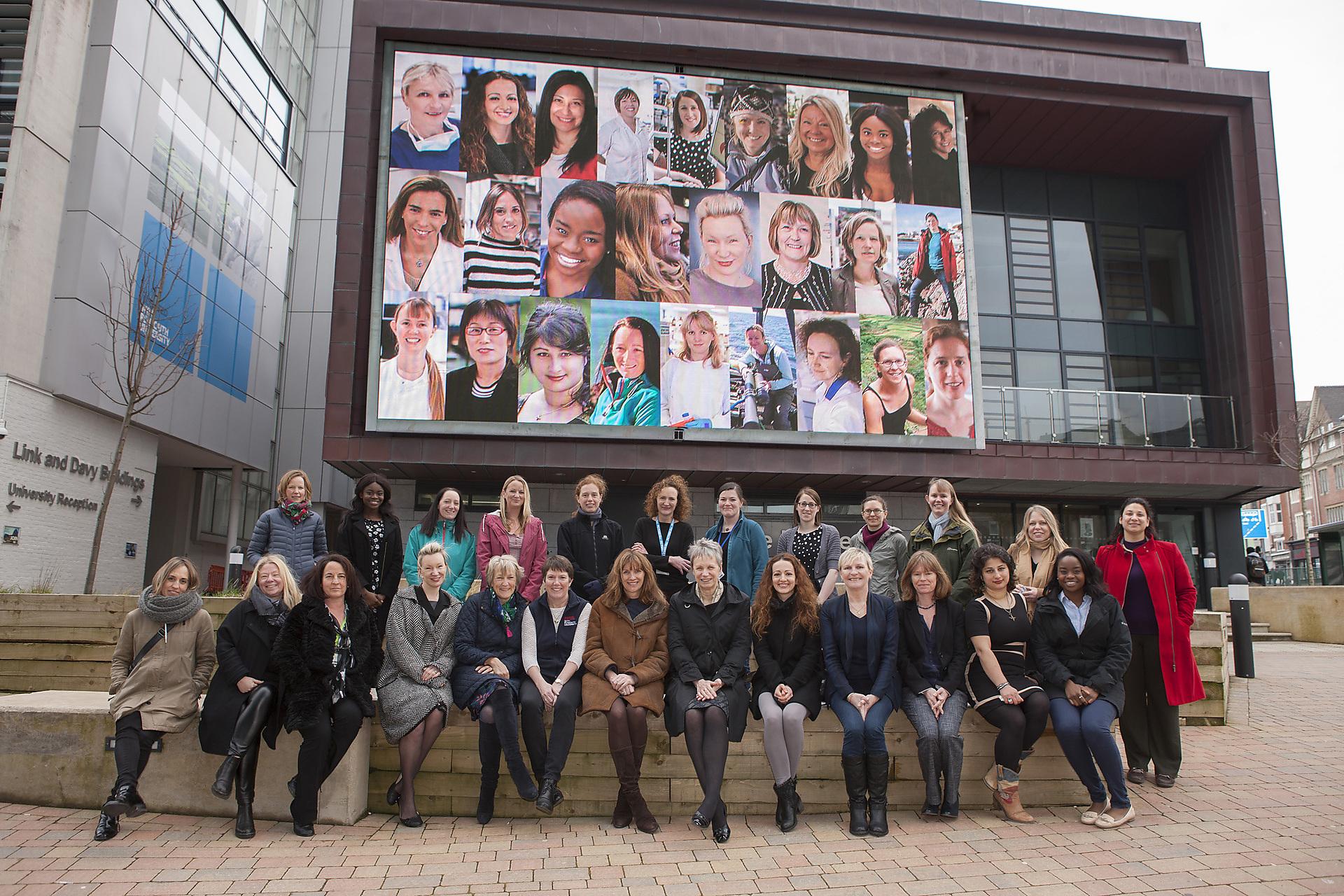 Dr Luciana Dalla Valle of the Plymouth CMS was featured in Plymouth University’s celebration of the 2016 International Women’s day. This year the University featured Women in Science.

Big Data are everywhere. My goal is to inspire and support new generations of data scientists from any nationality and gender. I teach and research how to extract from data underlying messages and useful insights that change the way we see the world. 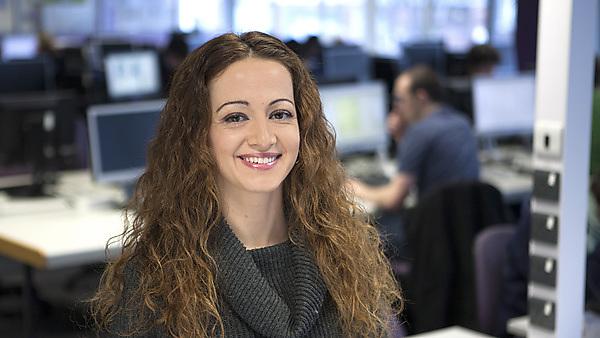 One of the central goals of particle physics is to find
the basic equations of nature, or even better to find the
basic principles from which the equations can be derived.
Physicist hope that the entire Universe can be explained
by the equations, which should fit on a T-shirt (small size rather
than extra-large size too).

The dream of physicists to find the ultimate equations
of physics has been hampered by the lack of firm experimental
evidence for new particles from Beyond the Standard model (BSM).
Last December, experimentalists presented some preliminary evidence
for a new particle. The signal seen by the two collaborations at
CERN could still be a statistical fluke. CERN is starting to collide
protons again, so they should be able to present a more definitive
result later this year. As of 1 March, 263 theoretical papers have been written  about what the what the signal from CERN could be.

Yesterday the results for this potential particle, from CMS and ATLAS at CERN, were updated, and the evidence for its existence slightly increased. Antonio is looking forward to the more definitive experimental results promised later this year. 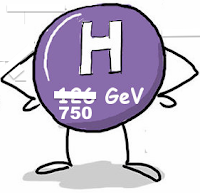 The modern way of doing science involves international collaboration
at many levels. The use of email and Skype has made is easier to work
with researchers in other countries, than it was say in Einstein’s
time, when letter writing and trips on ocean liners, were the only way
for far flung collaborators to work together.

Even in this electronically connected times, there is still no substitute for
researchers to physically visit each other (sometimes known as meeting
in meatspace). Dr. Ben King has been awarded 2000 pounds for a month
long visit to the CARDC (Chinese Aerodynamics Research and Development Center), by the Royal Society International Exchange Scheme, Ben will work with Dr. H. Hu on the project:
“Interaction of high power laser pulses with the quantum vacuum”.

Prof. David McMullan and colleagues from the School of Computing, Electronics and Mathematics are at the Big Bang Fair at Birmingham NEC, March 16th to 19th 2016. The Big Bang UK Young Scientists & Engineers Fair is a  celebration of science, technology, engineering and maths for young people in the UK.

David will be presenting a session with the title: Secrets and Knots with Mathematics.

Prof. Kurt Langfeld recently presented the results from his work on  developing methods to deal with finite density quantum field theories, which are important to understand  cold and dense quantum matter, at the international  Excited QCD workshop in Portugal. The workshop featured a broad range of talks in the field of hadron spectroscopy, from the leading international experts in the field. There were talks from people working at the big experiments at CERN, such as LHCb and ATLAS, as well representatives from facilities such as FAIR.